Weeds are identical with some disruption and annoyance since they are usually aggressive and invasive plants. The weeds, especially noxious weeds, never care about the area where they grow.

As long as they can grow, mostly by spreading the rhizomes, they will continue to do so. It won’t stop if they meet another plant in that area, they will destroy the plant and disturb the ecosystem. In Alabama, there are common weeds that grow wildly. Although most of them are not native, their existence already covered big parts in this state.

Besides the common weeds, you can find out the invasive ones here. It is not an ordinary weed since USDA already takes part to help get rid of these weeds. Keep on reading!

Common weeds in Alabama are mostly not that dangerous and still can be controlled by yourself. Some of them also produce flowers and fruits in seasonal time. Check out how to get rid of these common weeds if you think that there are too many of them around your neighborhood.

Although this perennial is native to Europe and Asia, this weed is pretty common in Alabama. White clover is a cool season perennial with low growing type. This plant forms creeping stems. And through these stems, there are roots and shoots along this part.

When you wonder, why white clover becomes a weed? It is because this perennial can fix nitrogen into the soil, so that this plant can thrive in poor soil areas. There are two ways to get rid or avoid white clover to grow.

You can choose organic or chemical methods. For organic methods, you can use corn meal gluten that can be applied in early spring. It will help to stop the new White Clover from germinating. But, if the plant is already established, the most effective way is to pull it out using your hands. Then for the chemical method, you can easily select a broadleaf weed killer that you can find in a garden store. Make sure you read the instructions thoroughly before using it.

Nutsedge or cyperus rotundus is commonly weed in Alabama. It has a wide-bladed green sedge that grows at warp speed. The type of green is a bright one. Then, you can see a thick mid-vein and a waxy coating on each grass blade. People often call it Nut Grass as well since the appearance is similar to grass.

This is named Nut because this weed produces many nut-like tubers that are used for food storage for the plant.

The viable buds are also produced by each tuber that will lead to a new plant. That’s why NutSedge is a weed in Alabama

The solution to get rid of this plant is by removing the whole plant from the root by pulling it out using your hand. Another solution is coating the grass in sugar for the organic method.

Usually, you can find moss in shady, damp acidic soils. Moss spreads through spores. It will soften the rocky streams and wooded landscape through its greenery. If it is allowed to grow, then the landscape can turn into green carpet with a slippery surface. Therefore, some people try to get rid of moss since it can disturb people when they are walking around in the wooded landscape.

Physical removal can be done as the most effective and permanent to eradicate moss in the lawn. But, if you want an instant way, you can spray it by finding out the moss spray in your local garden store.

You can see the beauty of this vining plant since there are white and pink flowers that look like morning glory flowers. It can grow across the ground and its height can reach four feet. The shape of foliage is an arrow.

If you think this weed in Alabama is one of disruption, you can get rid of this weed through various methods. For instance, you can cut it off at ground level as often as you can, then Bindweed is difficult to do photosynthesis and will cause this plant to die due to the starving this plant will suffer.

If you don’t have much time to cut it off, you can pour boiling water on this plant. Then the plant will be killed. After that, don’t forget to re-seed the area with another plant. And for the instant method, spray the weed killer to the area and still you have to re-seed the area after the weed dies.

If you often see the yellow flowers with five heart shaped petals in a wild area, perhaps it is Cinquefoil. You will see this perennial in neglected lawns. This plant has a vigorous creeping habit. This weed will spread with creeping stems that take root along its way.

For those who want to get rid of this perennial that you think disrupts the soil and the view, you can do the hand weeding if the plants are not too many. For the chemical method, you can visit a garden store to consult for the best way to control this one.

The weed that is native to Asia but it is one of the worst invasive weeds in the world. Including in Alabama, this weed is pretty disturbing for another plant. It has yellowish green and will turn into a reddish tan after the frost. It can grow up to 30 inches long.

The sharp rhizomes will help this noxious weed to grow massively even if there is no more area for this one to do so. Since this one is considered as the worst weed in Alabama, you can report it to the related institution if you find this plant when you are out.

This noxious weed has a potential to cover around 1 million acres in Alabama due to its invasive way during growing. Therefore, there is a group that is established to design the tool to get rid of this noxious weed in a safe way for the soil and ecosystem.

There are various methods that have been used by the government and related institutions to control this one but still, the most effective way to do it is still under process due to its very aggressive growth.

Chinese privet is a woody shrub that its foliage will remain green even if the winter comes. This weed produces dark blue fruit as well that ripen during fall. So, at a glance you will see it is similar to berries, although it is not at all.

Another non-native weed but considered as the invasive one. It forms very dense infestations that can greatly reduce forage productivity. This weed can lead to a host of several diseases as well. Although it seems threatening, the appearance is far from it. Tropical Soda Apple will bloom in May to August. There are five white petals for each flower. Also, the fruits emerge during summer to fall.

This plant is a serious problem in Alabama and other US states because as we mentioned before, this invasive weed can infest a pasture in one to two years only.

Through its name, you will know the origin country of this weed. This perennial plant is often found in the lower two-thirds of Alabama. It spreads northward rapidly.

You can see it grow in various areas and spots such as hardwood forests, pine plantations, roadsides, and many more. The first time this plant was introduced in the 1930’s, this one can be used as an ornamental plant, yet lately, this one is Alabama’s worst invasive plant.

Due to aggressive growth, it is difficult to eliminate this plant because it produces millions of small pores to grow. And its growth will disturb the young trees and shrubs around this Japanese Climbing Fern. For now, the best way to control its growth is by hand pulling and cutting the plants before this plant forms spores.

You don’t have to feel that surprise if you walk around the stream banks or any wet areas then you find Tallowtree. Because this plant invades wet areas easily up to the upland sites. This plant can thrive in freshwater and saline soils. So, there is no issue for this weed to grow in Alabama. Moreover, this plant is colonized by root sprout.

Most people also call this one the popcorn tree since the appearance of its fruit is white and waxy tallow that reminds you of popcorn. The fruit can spread and the usually mature Tallow tree can produce 100,000 seeds every year. Bird and floor waters in swampy areas are best supported to spread the seeds.

This Tallow tree becomes a noxious weed because this plant can grow in clusters that will cause the native tree and plants to be downed out due to its aggressive growth.

What type of weeds grow in Alabama?

Bindweed, Cinquefoil, and Nutsedge are the types of weeds that grow in Alabama. You can find it easily in an open area. Both of them are the common weeds there and do not belong to the invasive plant. But, if you want to control its growth, you are allowed to do it.

What are the tall weeds that look like grass in Alabama?

Nutsedge and Crabgrass are the tall weeds that look like grass in Alabama. The appearance is very similar yet nutsedge has nut-like tubers as the food storage for this plant. While grass doesn’t have it.

What weeds grow in the winter in alabama?

What are the worst invasive weeds in alabama?

Tallowtree, Cogongrass, and Chinese privet are the worst invasive weeds in Alabama. Even USDA and other related institutions just develop the medium and tools to get rid of these weeds since their growth really disturbs the ecosystem in Alabama. These weeds don’t care about other plants because they are very aggressive.

Why are noxious weeds bad?

Because it can destroy wildlife habitat by dominating the native population, through taking the nutrient rich plants and insects. Also, it reduces the opportunities for outdoor recreation by eroding the topsoil, eliminating the riparian water areas and many more. Therefore, noxious weeds should be controlled or even stopped to grow.

How do you stop invasive plants from spreading?

You can do spraying or injecting the stem with chemicals called herbicides. Recently, it is an effective treatment to stop invasive plants. Yet, for the non-native plants that often find in Alabama, you have to respray it to kill larger patches and prevent its growth. Therefore, some researchers are still developing the best tools to do it quickly and safely. 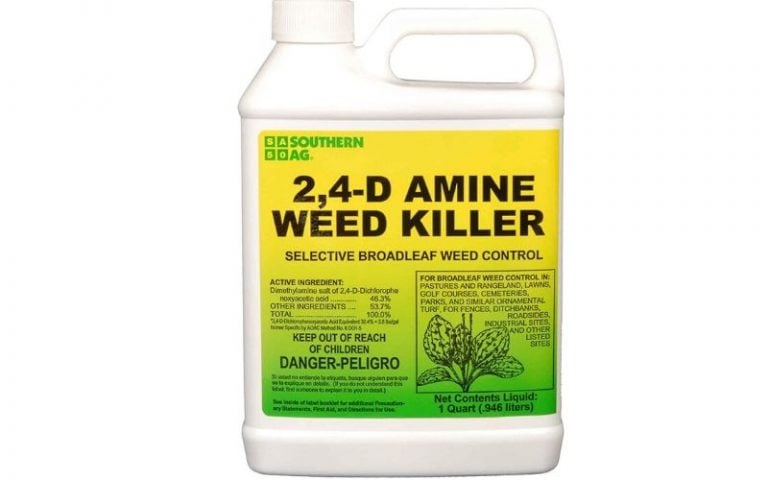 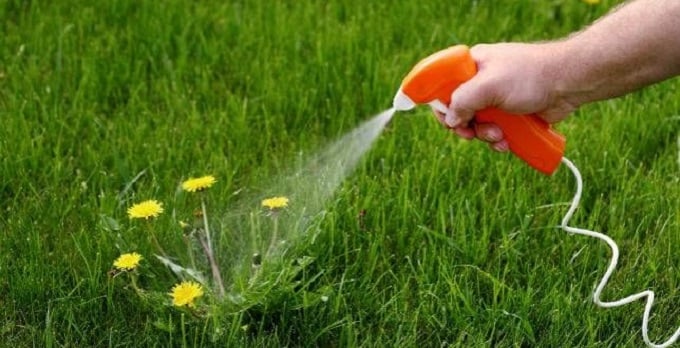 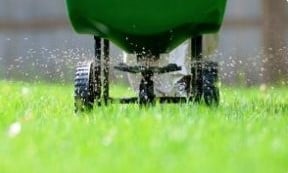 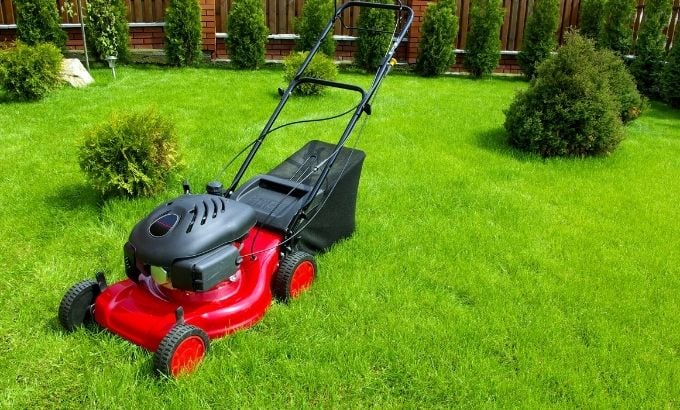 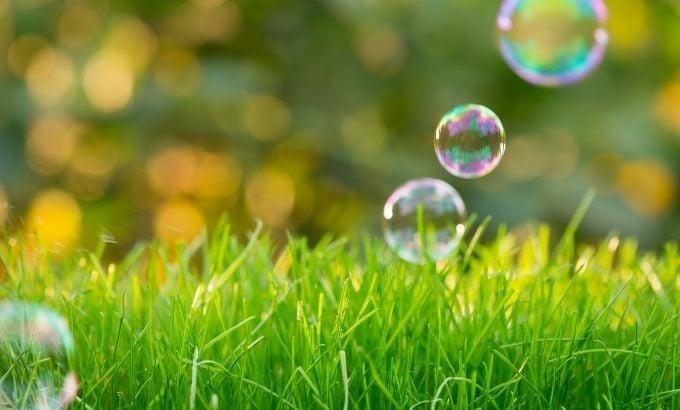 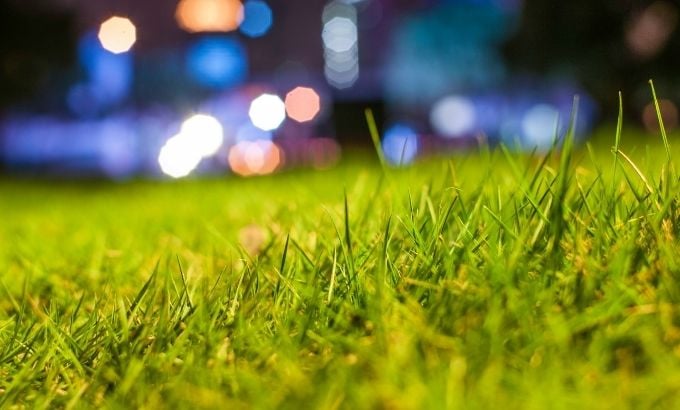 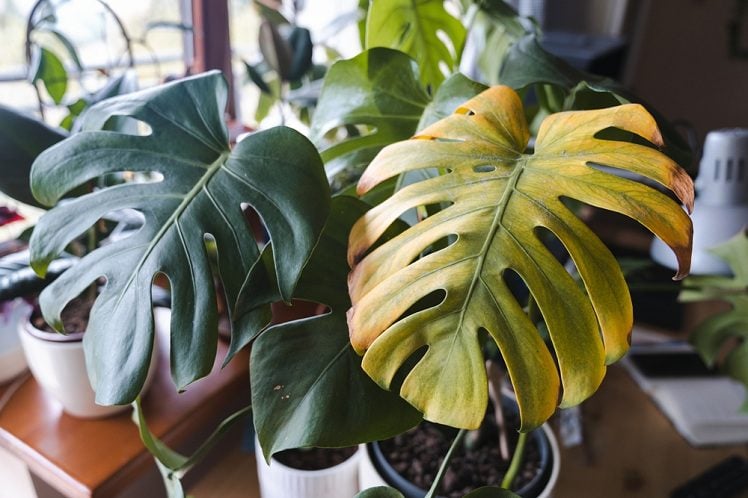 How To Prevent Monstera Pests And Diseases? – Quick Fix! 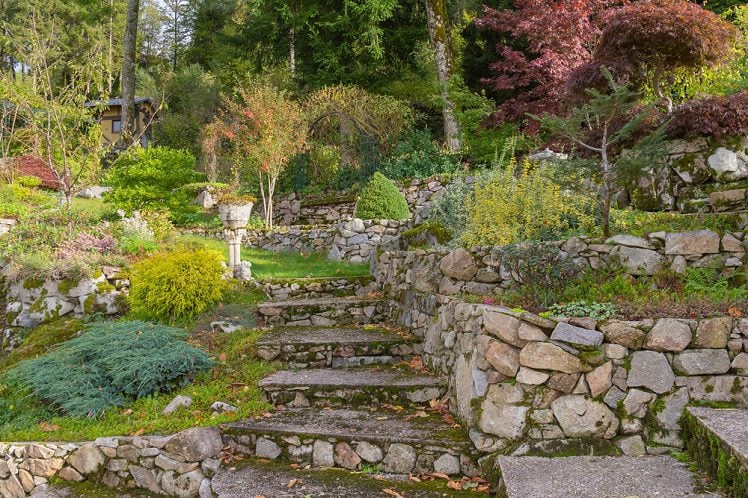 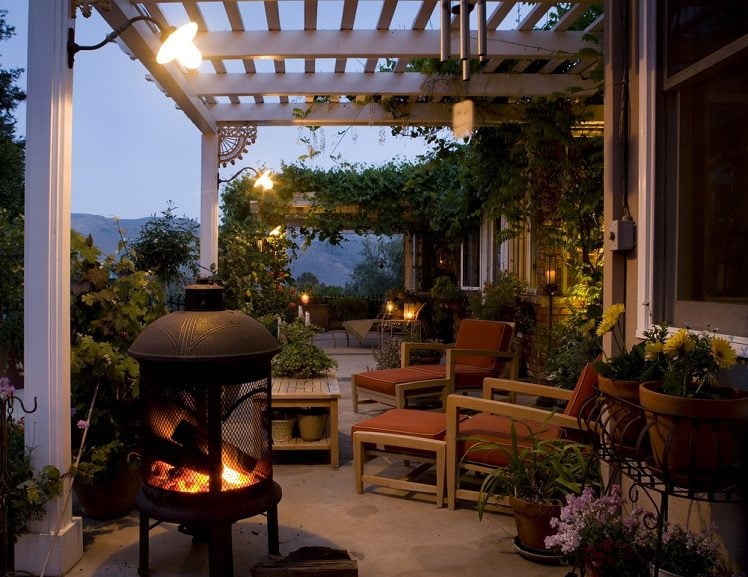 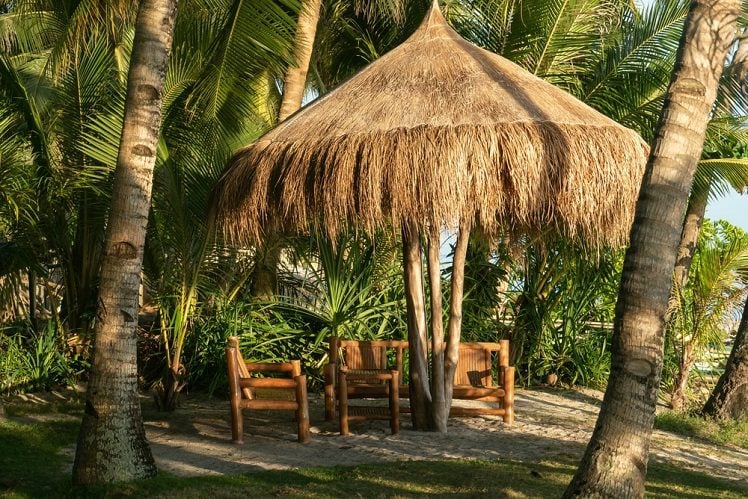 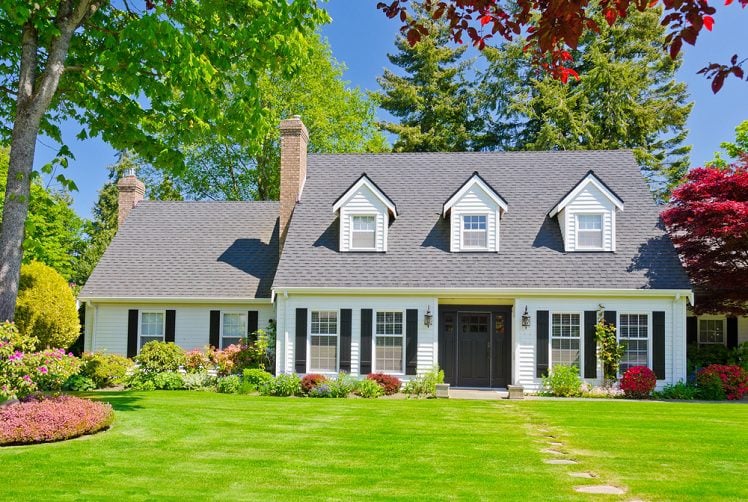 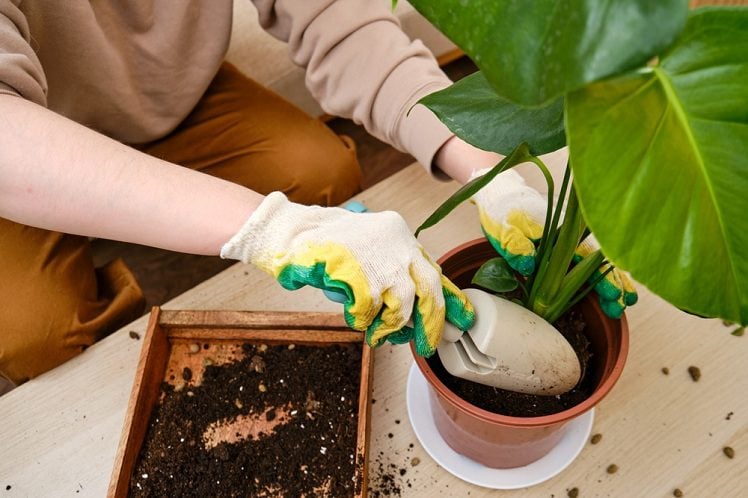