Weeds are a common issue for farmers and gardeners in Kentucky. They can grow anywhere as long as the growing conditions are favorable. They can even grow first and invade the land before their plants’ sprout. Some common weeds in Kentucky that you can easily find on lawns, gardens, or fields are ryegrass, black medic, bluegrass, dandelions, and ground ivy.

Meanwhile, some common weeds in Kentucky are also considered invasive. For instance, chickweed, common reed, crabgrass, Japanese knotweed, johnson grass, and kudzu. Their fast spread and difficult eradication are a challenge. Hence, we would like to give some tips to get rid of the foes and give some info to quickly identify the weed before it is too late. Ready? Let’s jump in!

Common weeds in Kentucky are the culprits which, if allowed to grow, can interfere with nutrient absorption and plant growth in gardens and croplands. Although not necessarily interfering, they must still be eliminated to maintain the viability of your plants. So, what are the common Kentucky weeds? Check them out below!

Lolium perenne got its popular name, annual ryegrass, because of its features resembling rye. They can grow up to 90 cm tall with shiny, green, narrow leaves. In addition, the bear has 6-9 flowers on the spikelets along with the husks. Although it looks interesting, this winter annual weed is among the problematic weeds in the croplands of Kentucky because they compete with the crops to obtain essential nutrients from the soils.

Generally, the cool-season grass grows and germinates best in soil temperatures around 50-60’F, mainly in the spring and fall months. These perennial weeds love to soak under the full sun. Thus, they can thrive in the croplands. Moreover, the best way to control the grass is by using the glyphosate herbicide with a combination of ammonium sulfate and surfactant.

Medicago lupulina or Black Medic is one of the broadleaf weeds that generally grow in gardens, lawns, or parks. They are characterized by three green elliptical leaves and clusters of tiny, yellow round flowers. The long, deep roots make this weed a problem because it is rather difficult to eradicate.

Furthermore, they performed best in poor, moist, and alkaline soils. They also prefer dry soil conditions under full sun exposure. However, Black Medic cannot stand soil pH that is too high and does not tolerate shady areas. Unlike most common weeds in Kentucky, you may not need weed killers to remove them. Instead, you can pull it out by hand or loosen your compact soil. This weed can be an indicator if there is an issue on your land.

As its name suggests, Bluegrass or Poa pratensis is characterized by its green-blue leaves with silvery brown flowers that spike between the foliage. This cool-season, mat-forming grass grows seed heads dense atop long stems. Because of these features, it is often grown as ground covers or bird nesting material.

Despite being beneficial for wildlife, it is a common grass weed that can spread quickly on your lawns because of the weed seeds. It requires an area with full sun exposure or part shade. However, this annual grass is also very easy to find on the open site damaged by cars or snow plows. Besides sandy soil, it also withstands loamy, loamy clay, or clay soil as long as they are moist.

With the fluffy cotton-like seed heads, Dandelions are one of the Kentucky common weeds that adorn the landscape beds. They start to bloom in early spring and fully show off their yellow flowers until summer. Besides the blooms, the hairy green flower stalks are the hallmarks of this British broadleaf perennial weed, offering a wonderful color mix to the landscape.

Since they are non-invasive and a source of nectar for pollinators, you can decide to grow dandelions on your lawns. They also have a lengthy root system which improves the soil aeration. However, for those who prefer to remove Dandelions, you must apply herbicide in the winter to prevent the seeds from spreading. In addition, the herbicide also helps kill the deep root of Dandelions.

Not all weeds are troublesome. A few of them are actually beneficial. One of which is Ground Ivy or Creeping Charlie. This spring weed offers purple, bell-shaped flowers and bright green heart leaves with toothed edges, just like other members of the Mint family. They feature a beautiful appearance and also provide health benefits.

As for the health properties, many use the leaves of this perennial weed to cure lung problems, cough, diarrhea, bronchitis, and more. However, the leaves are mildly poisonous as some people develop dermatitis after touching them. Hence, use gloves if you want to remove this weed. Mow them to the ground several times yearly to reduce the vines’ spreads.

Besides the most common weeds of Kentucky, we also include the invasive weeds in Kentucky that will cause you trouble as they spread rapidly in a blink of an eye. Some also belong to the noxious-invasive weeds you must be aware of. Therefore, having better insight into these weeds is crucial, so you can spot them before they take over your garden or fields. Let’s take a look!

Similar to Ground Ivy, chickweed is also a weed with many benefits. It belongs to the perennial weeds whose leaves are often used to treat gastrointestinal problems, such as constipation and ulcers. You can quickly identify chickweed from stingy, succulent-like stems, egg-shaped leaves with pointed tips, and daisy-like white flowers. Surprisingly, the leaves and flowers are edible; people usually make teas or add them to their salads.

Unfortunately, they are invasive weeds of Kentucky which for some people is very disturbing to the appearance of their garden. They will quickly take over land with poor nutrients. You can still eliminate them by hand-pulling because they have shallow roots. But make sure you unplug it completely so they can’t develop rootstock.

Behind the exquisite appearance, the common reed is an aggressive and invasive weed in Kentucky that has taken over the land for growing native plants. They have dominated wetlands, river edges, lake shores, and freshwater marshes. Those areas are often places for wildlife to look for food. To remove them, you can use chemicals by spraying them on the top of the plant and then cutting them. Or, use an electric hedge trimmer to cut them from the base.

Although they are not an issue for gardens, Field Bindweed is a troublemaker in agricultural fields worldwide. This European native plant features white to pink, funnel-shaped flowers with yellow stamens in the center. Its rapid growth is a significant problem for cultivated crops as it can compete with them to get the nutrients.

If you spot this culprit growing in your fields or garden, you must immediately remove it. First, install a stick into the ground and let the Field Bindweed grow on it. Then, drag the cane, put it in the plastic (make sure the roots are still in the soil), then apply the glyphosate. Next, tie the plastic tightly and let the plant die.

You can already tell by its name that this perennial weed is native to Japan. It grows dense, forming a clump with clusters of tiny white flowers and long, bright green leaves. The rhizome grows a bamboo-like stem that can grow to more than two meters, suppressing other plant growth. Moreover, it goes dormant in the winter but will spread rapidly once they wake up.

Because they are so invasive, their eradication is almost impossible by hand. The use of chemicals also takes 3-4 seasons to completely remove them to the core. For home gardeners, it is best to control Japanese knotweed by applying a glyphosate-based weedkiller. However, given they are hard to eliminate, you may need professional help to handle them.

People may mistakenly classify Johnsongrass with Nutsedge. But in fact, they are different. This perennial grass has emerging branching stems with white ribs. Additionally, the flowers are loose, brown-purplish panicles with a spreading habit. They grow everywhere that provides fertile low-land soils.

Like other common uncontrollable weeds in Kentucky, chemical removal (especially glyphosate) is the best way to kill this grass weed. Use 2% of Roundup, a herbicide that contains glyphosate. You can also physically remove them by mowing the grass to remove the seeds. Moreover, some suggest flooding the soil with water, so the tubers rot and die.

Pueraria montana or Kudzu is a perennial climbing vine native to Japan and southeast China. When first introduced in the US, they were often grown as ornamental plants or ground cover because of their stunning trifoliate, attractive dangling leaves. But today, they belong to one of the most invasive weeds that dominate two million acres of land throughout the southeastern United States.

With the climbing habit, they often invade mature trees to get sunlight. If this is the case, you can cut off the vines at the tree’s base. However, if they grow too much, then sever the kudzu. Then, spray with chemical herbicide while they are still actively growing.

What are the most invasive weed species in Kentucky?

Weeds are indeed annoying, especially if they are growing on your lawns and gardens. Some also grow in the agricultural fields, which causes crop loss.

There are some invasive weed species in Kentucky you must be aware of as they are spread rapidly and tricky to remove, such as kudzu, chickweed, Japanese knotweed, johnson grass, crabgrass, and common reed.

How do you identify common garden weeds?

Sometimes, it is hard to identify common weeds in your garden. But generally, they have the distinguishing characteristics that set them aside from other plants in the surroundings. What are those?

Is honeysuckle invasive in Kentucky?

The honeysuckle that commonly grows in Kentucky is Amur honeysuckle or Lonicera maackii. Despite not being a native weed to Kentucky, the native East Asia shrub thrives and is invasive in the state. Moreover, the weed has great adaptability. It thrives in the sun or shade and tolerates various soil types and conditions. But mostly, they will invade disturbed areas that have calcareous soil.

Does poison hemlock grow in Kentucky?

Poison hemlock is one of the noxious weeds in Kentucky that grow abundantly. They commonly grow in shaded areas with moist soil. However, you can also easily spot this weed in dry sites. To identify poison hemlock, check out the stems first. They have red or purple spots on their hollow stems. The leaves are similar to ferns but with a musty aroma when crushed.

Does nightshade grow in Kentucky?

The nightshade plants belong to the Solanaceae family. Some popular members of this family are eggplant, tomatoes, potatoes, red peppers, and petunias. However, a weed also belongs to the Solanaceae, the Black Nightshade, or Solanum nigrum. It is a common weed in agricultural and horticultural fields because the soils are generally rich in nitrogen which is favored by this culprit.

Is there kudzu in Kentucky?

Kudzu is a Japanese native ornamental plant often grown as a ground cover. Its distribution covers the southeastern United States, including Kentucky. Even though it has attractive features, its rapid distribution capability to dominate a site makes it considered invasive in the state. They grow in open areas, such as forest edges, disturbed sites, and abandoned fields with mild winters and hot summers. 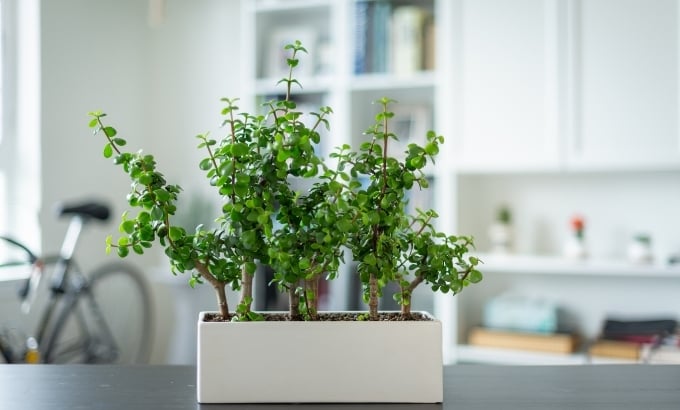 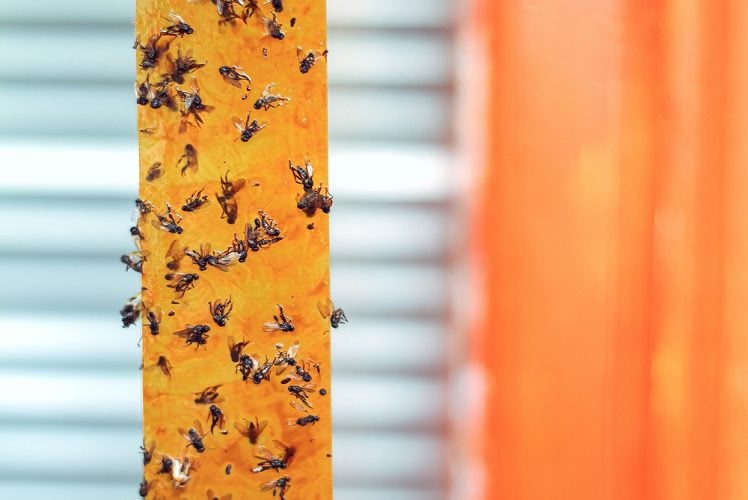 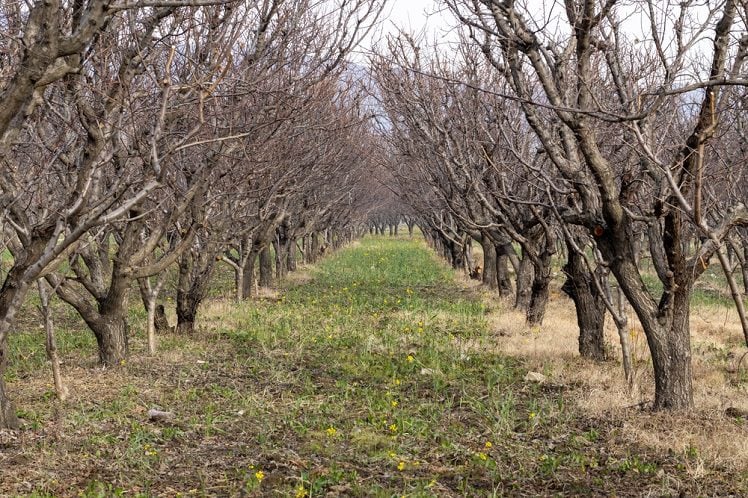 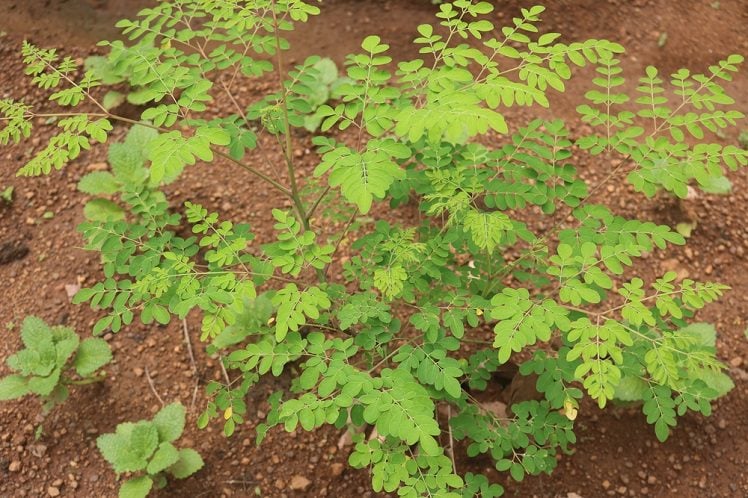 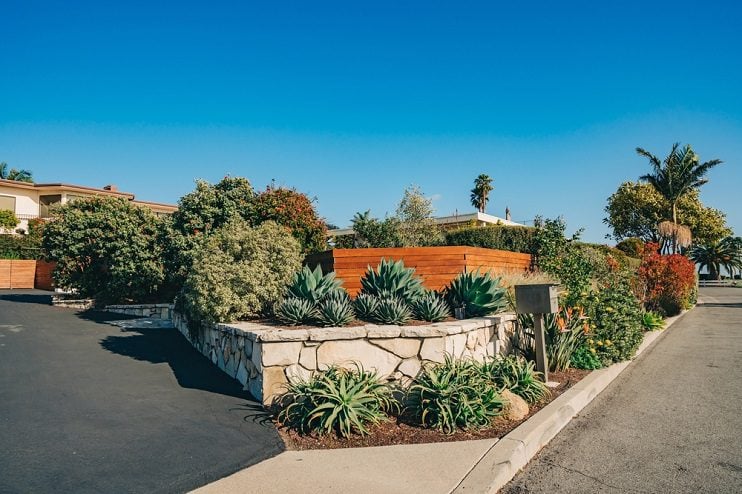 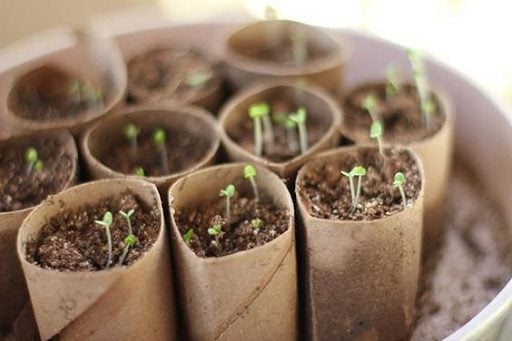 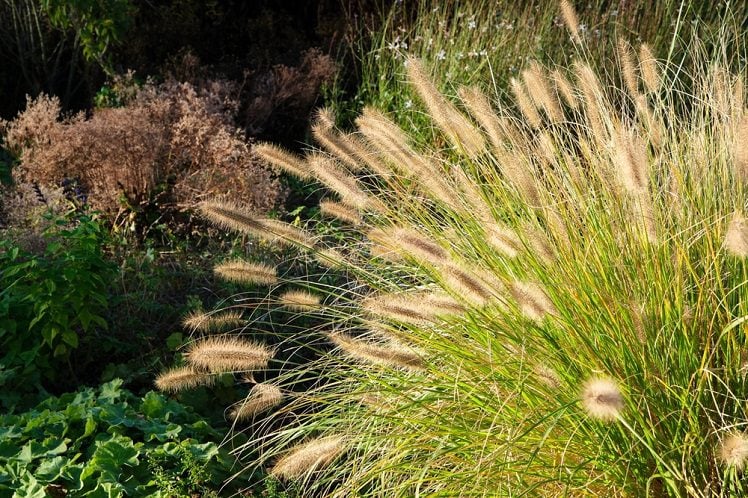